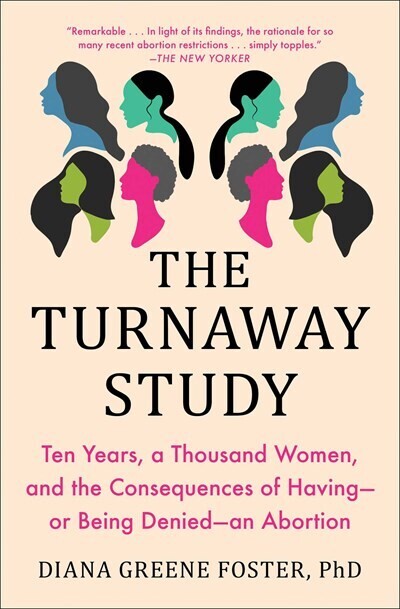 What happens when a woman seeking an abortion is turned away? To answer this question, Diana Greene Foster assembled a team of scientists—psychologists, epidemiologists, demographers, nurses, physicians, economists, sociologists, and public health researchers—to conduct a ten-year study. They followed a thousand women from across America, some of whom received abortions, some of whom were turned away. Now, for the first time, Dr. Foster presents the results of this landmark study in one extraordinary, groundbreaking book.

Judges, politicians, and pro-life advocates routinely defend their anti-abortion stance by claiming that abortion is physically risky and leads to depression and remorse. Dr. Foster’s data proves the opposite to be true. Foster documents the outcomes for women who received and were denied an abortion, analyzing the impact on their mental and physical health, their careers, their romantic relationships, and their other children, if they have them. Women who received an abortion were better off by almost every measure than women who did not, and five years after they receive an abortion, 99 percent of women do not regret it.

Save this product for later
Display prices in: USD